As of April 2019, the value of yen-denominated Bitcoin holdings has outstripped those in XRP on domestic exchanges.

Fresh data from the Japan Virtual Currency Exchange Association (JVCEA) has revealed that as of April 2019, the value of yen-denominated Bitcoin (BTC) holdings has outstripped those in XRP on domestic exchanges.

As Cointelegraph Japan reported on Sept. 10, the surge in the value of exchanges’ Bitcoin holdings coincides with the beginning of Bitcoin’s 2019 bullish uptrend, which saw the top cryptocurrency hit close to $14,000 by late June. 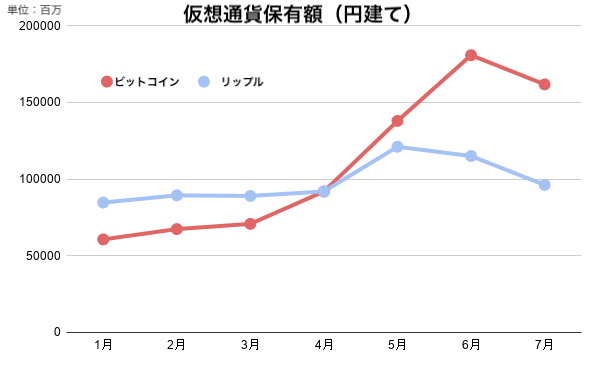 The JVCEA is a self-regulatory crypto exchange association that formed in March 2018 in order to help establish industry-wide investor protection standards. The organization was granted formal self-regulatory status by Japan’s Financial Services Association (FSA) in October 2018.

As Cointelegraph Japan notes, back in December 2018, the value of yen-denominated XRP holdings had been higher than that of Bitcoin holdings — despite Bitcoin’s larger market capitalization globally.

This trend has now apparently reversed in 2019, as Bitcoin price performance continues to outstrip that of the wider altcoin sector.

More XRP is being accumulated, but value declining 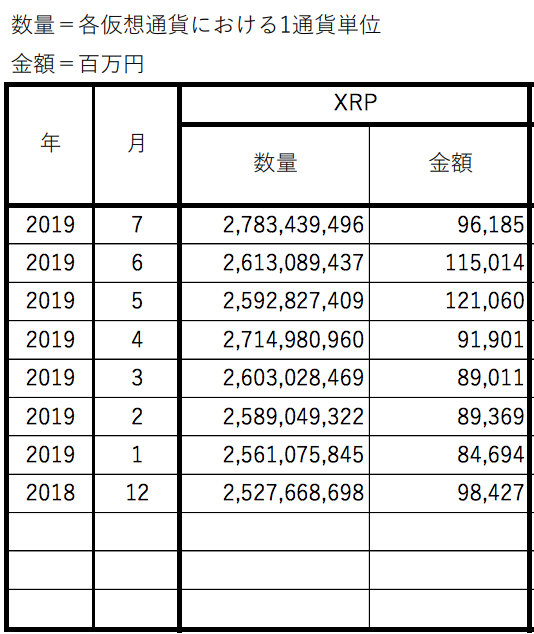 JVCEA’s data indicates that throughout 2019, more and more XRP is consistently being accumulated — perhaps reflecting the increasing number of banking partnerships secured by Ripple for its cross-border payments and remittances network.

Yet despite this accumulation, as the token’s value continues to falter, its yen-denominated value is on the decline. 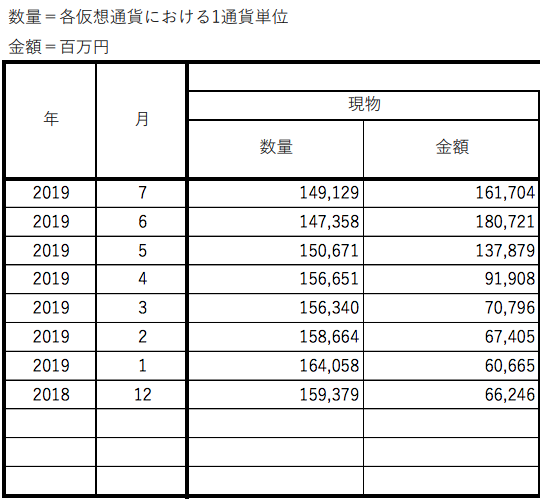 The value of yen-denominated Bitcoin holdings hit a peak in June 2019, while the peak measured in terms of total accumulated Bitcoin was reported in April, at 156,651 BTC.

As reported, Japan has seen a spate of significant cryptocurrency-related developments this fall, with the country’s deputy prime minister addressing regulatory approaches to the sector earlier this month and news that Japanese financial services giant SBI Holdings aims to seal regulatory approval for a new self-regulatory body for security token offerings in 2020.

SBI has also stated that Ripple’s plans to invest $50 million in payments service MoneyGram over the next two years will have a meaningful impact on its own business.

By proposing the united regulatory framework for blockchain and crypto spaces, Europe…